The Month after September 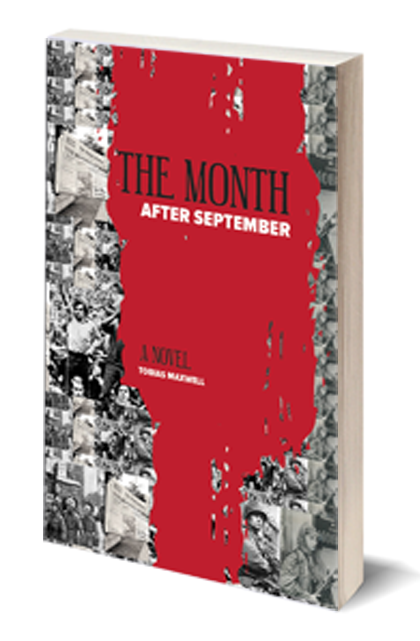 The quintessential Canadian novel, The Month after September, is a compelling love story set against the backdrop of the 1970 FLQ crisis. When Ontario teenager, Peter Mercier, meets Jean-Louis Lalande from Montreal, their lives and the lives of their families become perilously intertwined at the very intersection where Canada and Quebec vied to gain a foothold in history.

"Using the tragedy of the October Crisis in Canada as a backdrop, Tobias Maxwell, tells the captivating tale of Ontario teenager Peter in this coming-of-age story. Maxwell weaves Peter's story of self-discovery with the dangerous historical events that change Peter's life, as he negotiates falling in love and finding his own voice. Maxwell's narrative is tightly paced yet compassionate and his characters fully realized."