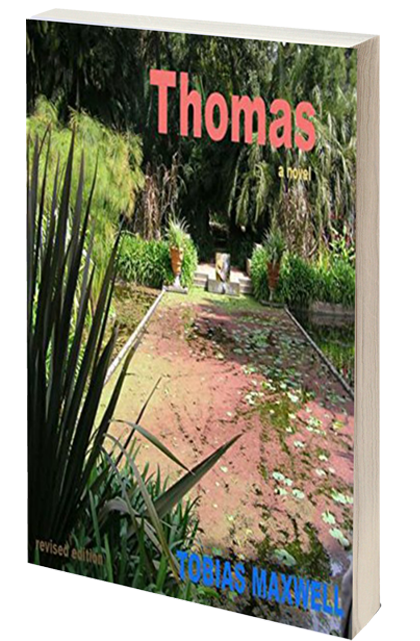 Set in Santa Monica, California, THOMAS is the story of Josh Higgins, trying to leave behind a thirty-four year past he doesn’t trust, looking for any future that he can find, one that’s as far away from Louisville, Kentucky as his vintage Mustang will take him.

When he crosses paths with Rita Long, a widow, twenty years his senior—twice during his second day on the West Coast—he’s persuaded to stick around for a while. The novel alternates between Josh’s past and present as Thomas’ life is revealed to Rita through Josh’s eyes.

When Rita’s dearest friend, Donna, a rich and powerful socialite complicates matters with her own brand of seduction, the chase begins. Dale, the Louisville Baptist landlord and longtime Higgins family confidant, along with the outrageous Derek add their own blend to the chaotic mix when all characters collide for the final twists of fate.